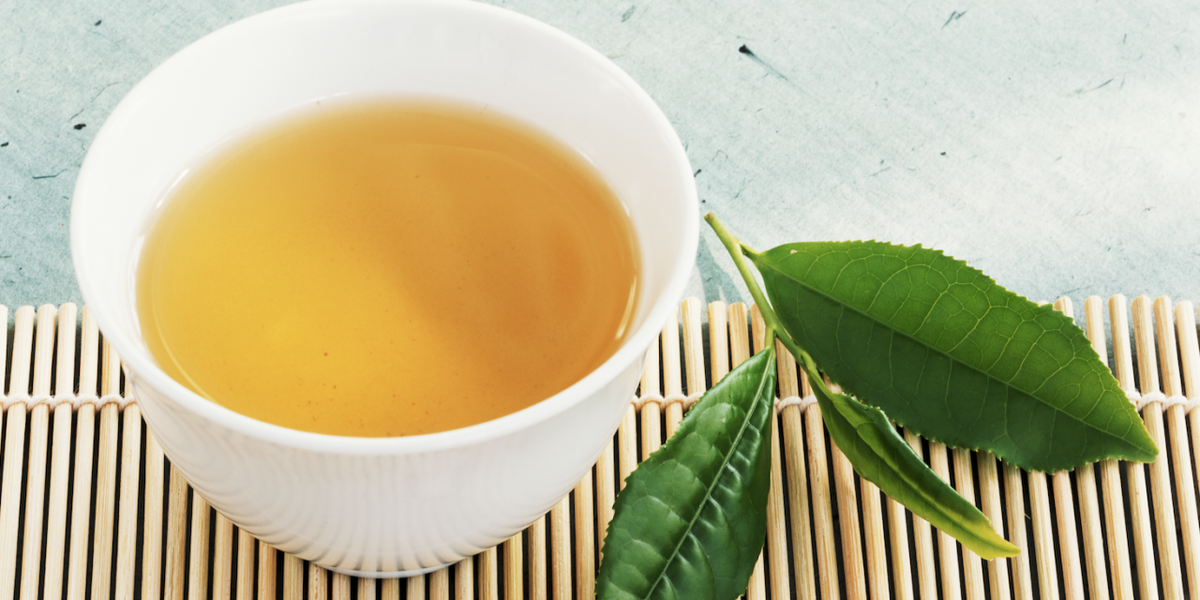 Just one year ago, Samantha Reese weighed roughly 243 pounds. For Samantha, her weight was always a struggle, and became especially difficult when she had her first child at age 15. Because of her pregnancy, she always felt much larger than the other teenage girls. 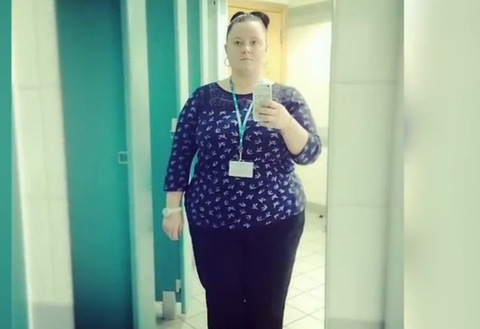 “I was around a size 18 and weighed almost 210 pounds by the age of 18,” Samantha told The Sun. “I hated my body and couldn’t pull off the extra weight because I was so petite [she’s 5’1]. But feeling miserable about the way I looked only made me want to eat more.”

As a result of her unhappiness, Samantha says she developed bad eating habits. She would eat two pieces of toast with butter for breakfast, two chocolate bars for a snack, two grilled cheese sandwiches with chips for lunch, greasy pizza for dinner, and drink either sugary soda or five cups of tea with milk and sugar nearly every day.

“At my most unhealthy, I would get through cup after cup of milky tea with sugar and I’d always dunk a couple of cookies in there too,” Samantha told the Daily Mail.

Samantha knew something had to be done when she stepped on the scale for the first time in awhile last April.

“I had been avoiding the scales for some time, but my clothes were becoming so tight I knew I needed to see how big I’d become,” Samantha recalls. “I was shocked and immediately googled my BMI and discovered that this meant I was ‘morbidly obese.’ I was mortified. I knew I had to change or I might die.”

Samantha reportedly first tried a few quick-fix diet pills to help her lose weight that summer, but after getting unsatisfactory results, she decided to overhaul her diet and drastically cut out all the cookies and fast food she had been eating last August. But Samantha says she still wasn’t shedding a lot of weight until she replaced her five cups of sugary tea for unsweetened green tea.

“People told me green tea was a ‘superfood’ that boosts metabolism and gets rid of hunger cravings. At first, I laughed it off. I thought drinking green tea was a fad,” Samantha explains. “I always thought that was just a myth, but I was so desperate to lose weight I decided it was worth a go.”

At first, Samantha says she hated the bitter taste and had to force herself to drink it. But soon, Samantha was sipping on green tea and lemon every morning. She then began drinking one cup each hour at work and finished off the day with one while watching TV—a total of nine cups of green tea every day. After just one month of this regimen, Samantha dropped nearly 15 pounds.

“Obviously I’d been eating well and cutting out my milky teas had probably helped, but my metabolism must have sped up too and I was certainly snacking less,” Samantha says. “I was amazed.” 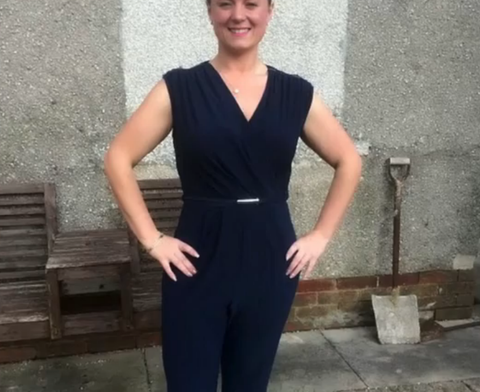 Samantha has drunk almost 3,000 cups of green tea since last September and now weighs 130 pounds. She says she is happier with her body than ever before.

“I look better now than I did in my twenties,” Samantha says. “Some people swear by eating five portions of fruits and vegetables a day. For me, it’s drinking nine cups of green tea.”

While Samantha seems to attribute much of her success to the healthy drink, Katherine Zeratsky, R.D.N., L.D., an instructor of nutrition at Mayo Clinic, says that lowering her calorie intake was probably the biggest factor in Samantha’s weight loss journey. Although caffeine in green tea can jump-start your metabolism, it wouldn’t be enough to produce significant weight loss results, says Zeratsky.

“If you are drinking lots of fluids, these liquids will fill you up and send a regulatory hormone to your brain that tells it that you aren’t hungry, which could mean you eat less,” Zeratsky explains. “Also, if you’re well-hydrated, your body won’t confuse hydration with being hungry which could also lead to consuming less…But, ultimately, a balanced diet and exercise are the most important.”

Zeratsky also added that while drinking nine cups of green tea might not cause any large health issues, it’s best to be cautious and not “over do a good thing.”

Still, Samantha is sticking to her green tea routine and thanks each and every cup for her success.

“Now my cups of green tea get me through the day,” Samantha says. “For me, it’s not a fad, it’s a lifestyle.”

Watch her incredible transformation in the video below: